So here is the yearly round up post from 2017’s resolutions! Let me warn you, it’s definitely not as good as last year. In fact, it’s so bad I’m going to be looking under every tiny rock for a little beckon of light like “hey I ALMOST did this lookit!” So just to warn you. Let’s get started, shall we?

1.) Submit short stories – Yeah, this was a flat out fail. I got a few submissions out but not a lot and I didn’t get any new stories ready to send out. I blame job applications for that one. Getting beaten down by one kind of rejection was quite enough, thanks.

2.) Get author logo and website banner – This was a half success. As you can see, I have a shiny new logo courtesy of the talented Nat Furman! Unfortunately, due to financial issues in the latter half of the year, there was simply no chance that I could get the banner sorted out. 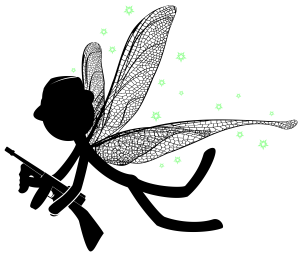 3.) Put writing samples on website – A partial if very minor win. I did manage to stick up a handful (okay, three). It’s a start. Though, thanks to my writing workshop and a small serial I’ve got ready, there’s going to be a lot more going up in the New Year – which will also hopefully help me catch up with blog posts as well, since this is technically the post from November 5th. Hey, we’ll get there. 2017, amiright?

4.) Put all relevant info from Through the Black into my Twyned Earth World Building encyclopedia – Hoooooo-ey, this is another big splat. I got up to a certain point but we’ve still got a loooooong way to go. I’m hoping to throw that back into this year’s plan because it really needs done.

5.) Art more – Okay, you know what? This one is a win. In 2017 I posted up TWENTY pieces of art to my DeviantArt account and there are several that I didn’t post. They aren’t good but they’re there and I did them. And, I think maybe at a push, I’m getting better and that’s the whole point, right? That’s more than one picture posted per month (close to two even) and for me that’s a lot. A lot a lot. You know how much I posted in 2016? Two pictures. So yeah, this one is a win and I intend to keep it up.

I hope last year treated you folks a whole lot better and I hope you had a Happy New Year! I spent mine in bed playing Skyrim and after that twelve months there was no where I would have rather been.

Current Priority:
Through the Black submissions

Rheaos was shocked, just for a moment. The pain had been too sharp for him to consider this attack, but he should have seen it coming. He’d been hit with this before.